Hello again everyone, it is time for my Sunday Sevens.

Unfortunately I had a bit of an accident last Sunday afternoon.  I wasn’t concentrating when I came out of the house and  I’m still not 100% sure what happened but somehow I lost my balance and I remember falling backwards for what felt like forever then landing smack bang onto the back of my head on the concrete.  The crack was horrendous and I  remember lying there being partly surprised that I was conscious and even better, still in the land of the living.  There was a huge pool of blood under my head and when I tried to sit up but the dizzyness was awful.  My son called an ambulance because of it being a head injury and they were so kind when they arrived, I’m really grateful to them.  They patched me up, checked for signs of concussion and gave me a list of what to look out for incase a sub dural haematoma occurred (which thankfully it didn’t)

At the time I thought I had just banged my head but later on it was apparent that I had also sprained my ankle, hurt my hip and my hand.  Funny how you don’t notice other injuries when something else takes priority.  My brilliant neighbours rallied round, one brought me a walking stick and another an ankle support.

I was pretty rough for a few days and the dizzyness is still a bit of a problem but it is getting better now.

On Tuesday lunchtime my husband drove me down into Harlech so I could meet a freind for lunch.  Normally I’d drive myself (or walk) but the dizzyness meant that driving wasn’t an option.

I had the most delicious Welsh Rarebit (cheese on toast) made with Purple Moose beer (a local brew) – yum yum.  I did manage to avoid the home made cakes – always a difficult task.

This is the view of Harlech castle from the cafe – pretty spectacular eh?

These photos are from Wednesday evening’s WI meeting.  The lady in the photograph above is Hazel, the founder of Aronia Berry Liqueurs.  She was the guest speaker at the meeting and gave us a talk about how she started her business.  Hazel grows the aronia berry bushes on her farm in Chwilog, just across the bay.  There are only three other people in the UK who grow aronia berries commercially so very few people have heard of them before.  Along with her husband and son, Hazel turns the berries into the most delicious liqueur, chocolate and jam imaginable.  The liqueur is quite similar to sloe gin in taste. 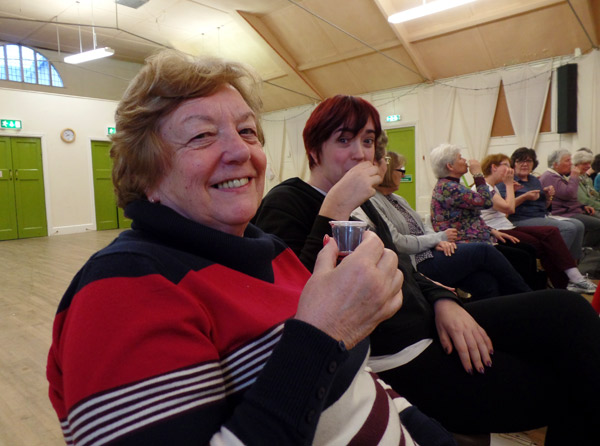 This is my friend Sue and her daughter, Dawn, sampling the liqueur.

This is my hubby.  Now you might wonder why on earth I have put up a photograph of him eating a burger in Macdonalds.  Well for us, it is something that rarely happens and is a weird kind of a treat as our nearest Macdonalds is over an hours drive away.  We get most things we need, including food, delivered to our house and only go to a large town perhaps once every couple of months.  When we do go out we usually try to find a nice restaurant or gastro pub to have lunch.

However, on Friday we had to drive an hour and a half to Rhos on Sea where the nearest sewing machine repair shop is located (last week I posted a photo of the odd stitching my machine was doing).  On the way home we spotted a Macdonalds and I just had a sudden fancy for a fillet-o-fish.

I am a gadget-o-holic – if there is a kitchen gadget then I have to have it, even if I don’t really need it.  Now this has been a bit of a sticky point in our marriage, I have everything from a spiraliser to a sushi maker and pretty much every other gadget inbetween.  But after the initial love affair they inevitably go into a cupboard never to see the light of day again.

Anyway, during the week I saw a post on Facebook where someone had been batch making pies for the freezer and linked to their electric pie maker.  How on earth did I not know that electric pie makers existed?  A quick visit to Amazon and one was winging its way to me the following day.

Here is my very first pie – not bad eh?  I’ve now made 5 different batches and I think my family are becoming fed up with having pies for both lunch and supper.  Maybe I’ll try fruit pies next week. 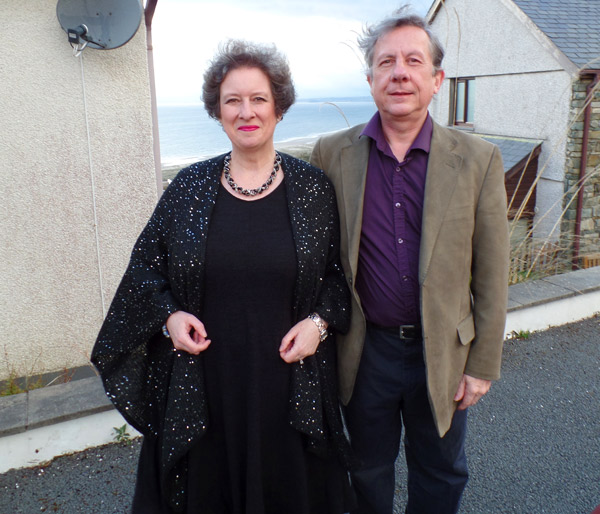 We had our annual WI dinner on Friday evening at the Royal St David’s golf club.  Son No. 1 took this photo just as we were about to leave.

I hardly ever get the chance to dress up so it was a treat to put on full make up and wear a nice dress.   We had a lovely night catching up with friends and acquaintances and the food was delicious.

This is where we went for our dinner.  I’ve put this photo on especially for Ali from Thimberlina who I know is an avid golfer.  I don’t know much about golf but I’ve been told by quite a few people that it is an extremely good course.  We get a lot of European visitors who come specifically to play on it.

This past week has been fairly warm so it was a bit of a shock to wake up on Saturday morning to see mountains covered with snow.  I always think they look stunning against a beautiful blue sky.

So that was my eventful week.  I’m hoping that next week will be quieter and more importantly, accident free!

This is my fourth Sunday Sevens post which means that I’ve officially completed my first month.  When I originally thought about joining in I wasn’t sure if I would have enough photos to show you each week.  But in actual fact, it has been the opposite and I’ve ended up having to decide which ones to leave out.  Taking part in Sunday Sevens has made me much more aware of the little things that I do during the week, things that are probably fairly small and insignificant, and yet, they are what shape me as a person.  I love how taking part in Sunday Sevens gives me the opportunity to reflect on things I’ve done and life in general.

So onto my week.

END_OF_DOCUMENT_TOKEN_TO_BE_REPLACED

Just a short post this time as I have made this dress many times before so there isn’t a huge amount to say.  I just wanted to show  you my latest version of the Cashmerette Washington dress. 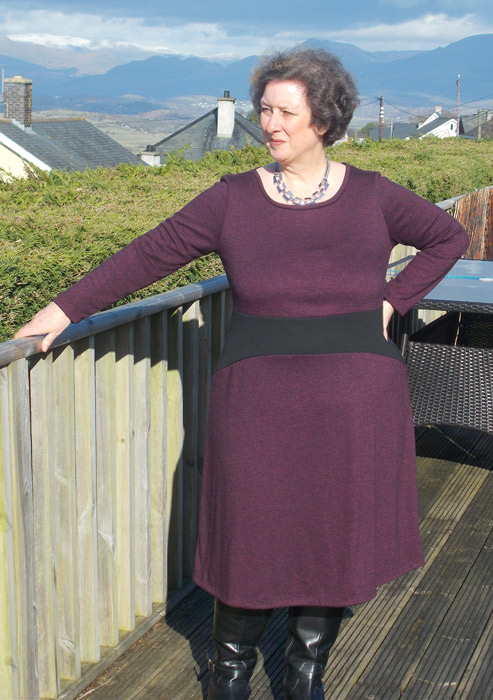 END_OF_DOCUMENT_TOKEN_TO_BE_REPLACED

Hi Everyone.  Do you find that the weeks are flying by? I have no idea where this last one went and suddenly it is Sunday again and time for me to update you on what I’ve been up to this week.

END_OF_DOCUMENT_TOKEN_TO_BE_REPLACED

Eek, I’ve just signed up to my first Me Made May challenge.

Me Made May has been running for a number of years and is organised by the amazing Zoe from So, Zo .. What Do You Know? and also Jen of Jennifer Lauren Vintage.

I’ve been following other bloggers who have taken part in the challenges for the past couple of years but I didn’t start my own sewing journey until late last year, so even if I had wanted to take part before now it wasn’t possible.

END_OF_DOCUMENT_TOKEN_TO_BE_REPLACED

It has been another of those weeks where I feel like I’ve been running around like a mad woman but I don’t seem to have achieved a lot.  Where does the time go?  With it being Easter I’ve had the week off from work and yet the more spare time I have to myself the more things randomly appear to fill it up.  Does anyone else find the same thing happens to them?

On the plus side I did eventually manage to complete a top from another new pattern, McCalls 7193 (new for me, not necessarily newly released). 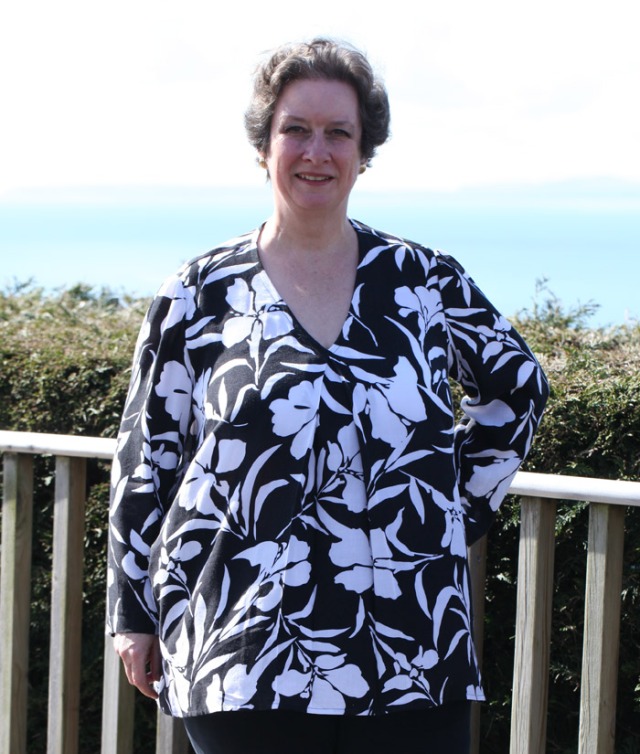